Why is Christoper Wray still heading up the FBI? There needs to be some serious house cleaning and he should be number one on the list. His past ties with Bob Mueller, Andrew Weissman, James Comey, and others involved in the Russia Probe, is more than sufficient reason for him to go. His enthusiasm shown in the last Congressional hearing spoke volumes. He needs to go, now. 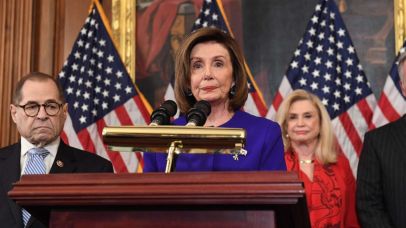 This miserable piece of donkey dung makes me want to heave up my last meal every time I watch her speak. I don’t think I have ever witnessed her telling the truth. She tells bald face lies when the cold hard facts have already been established. She will literally lie about anything. What is especially disturbing, is when she tries to use religion to make her point, quoting bible verses. I’m not a Catholic, but she has to be the worst example of a Catholic that ever lived. She just needs to go away, soon.

This man is living proof that just because your handsome, intelligence isn’t a given. This man is even dumber than Joy Behar. By the way, she must have named herself Joy, I’m sure nobody else would have. Gavin Newsome, is on a mission to single-handedly destroy the State of California. After he totally destroyed San Francisco, it’s a miracle that the voters let him anywhere near the Governor’s Mansion. But, on second thought, California voters haven’t been known for making good decisions on governors. I mean they elected  governor “moonbeam” to office four times. Those had to be the biggest acts of ultimate voter stupidity in the world. But good ol’ Gavin makes governor “moonbeam” look good, and that’s saying a lot. 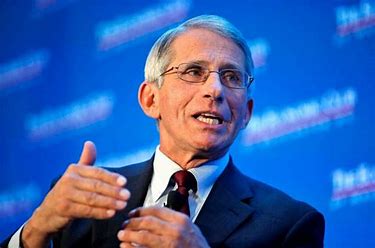 Dr. Fauci initially impressed me when this whole Covid thing started, but then nobody knew what to expect. We all feared the worst. Now as time wears on, he is starting to seem like one of those people that have been in a particular profession for years, they know all of the words and phrases, but it doesn’t necessarily mean they have a real grip on what’s really happening. He’s been wrong a lot, and has said some really dumb stuff. I’m beginning to think Trump should send him back where he found him. I mean c’mon, he was making decisions based on models that were way wrong by major factors. He should have been more objective. I think maybe he had that old “spotlight syndrome”. 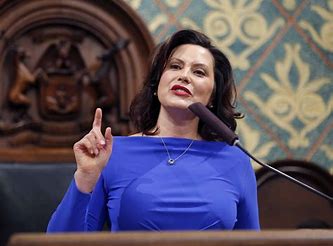 This may be the biggest fool on the planet. Gretchen Whitmer is totally immersed in dreams of grandeur. She has treated the people of Michigan in an absolutely disgusting fashion, and it’s backfiring on her in a major way. This idiot is the reincarnation of Fidel Castro in a female body, maybe her nickname should be Fidelity Castro. I’m pretty sure she’s going to be a one term governor. One can certainly hope anyway. She is always raising her finger in the air, that says volumes about her attitude. She thinks she’s pretty special. She’s correct, she’s a special kind of stupid.

Mark Levin made a statement about Barrack Hussein Obama that I totally agree with. He said ( paraphrased ) Eventually the truth will come out, that Barrack Obama was one of the most corrupt Presidents in our history. Do you remember Barrack bragging, saying there was not one scandal during his time as president, not even a smidgen of a scandal. Well, you have to remember where Barrack cut his teeth in politics…. Chicago. In my opinion, honest politicians in Chicago are about as scarce as hen’s teeth, maybe even a one legged marathon runner. All of the corruption in the FBI and CIA was happening during his term in the white house. Sitting Presidents are always privy to major FBI and CIA operations. If you think Obama didn’t know what was going on, then you probably think Adam Schiff never lies.

Every day you hope everything is going to be better, but every day another leftist wingnut does something even dumber than yesterday. The governor of Maine is trying to outdo Gretchen Whitmer. I’m beginning to think that she is attempting to take over the state and claim it as her territory. You can’t think anything else when you hear dear old Janet say she is shutting down the state indefinitely. This is scary stuff, like the old gal is having a mental episode. The United States is turning into a real life “Animal House ” and the governors are the animals. Somebody really needs to take charge.

2 thoughts on “STUFF THAT MAKES MY HEAD SPIN, AND MY BLOOD PRESSURE RISE.”