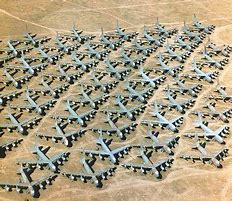 Over the past thirty years, China has been slowly absorbing a vast amount of the world industries, by offering greedy corporations super cheap labor, to make their products, resulting in huge profits on everything from sneakers to computers. So, how did China suddenly become so proficient making such a wide variety of products? We taught them, built the plants, provided the engineers. Basically, we transferred our manufacturing wealth for free. You might say, we sold our soul to the devil.

The shortsighted morons are getting fat, dumb and happy, rolling the riches, while China is very quietly, buying huge chunks of real estate all over the world. Why would China do that? Well, China is buying property in nations that are poor and underdeveloped, or that already have leftist regimes in power. China then provides these folks jobs, builds industrial plants, and builds infrastructure. China is not going to make the working folks rich, but it’s going to give them a better life than they had before. The real trophy the Chinese are after, is to control the governments of these poor countries. These underdeveloped countries will become puppets of the Chinese Communists. If you’re looking for a perfect example of this tactic, look no further than Cuba. The Soviet Communists bought Fidel Castro, lock, stock, and barrel. Cuba has not been able to shake off the communist curse, that has been in power for sixty plus years. You can expect a lot more Cuba’s in the future. Everybody has been fretting over the Muslims taking over Europe, I can tell you China will decimate Islam.

One big thing is standing in the way of China accomplishing this goal, the United States. Now, more than ever, with Donald Trump at the Helm, because Donald Trump knows, and understands very well what’s at stake. China just played a “trump card”, or a trial balloon if you will. They unleashed a virus that went worldwide in a matter of weeks. They willfully allowed their citizens to travel all across the globe, to largely populated areas knowing full well what the results were going to be. They wanted to see what effect this would have on the world economy. The world economy tanked, trying to save innocent people from this despicable virus. China has now won round one. They now know how easy it is to manipulate the world economy through fear.

At this point in time, when the entire world is linked together economically, you don’t need armies, navies, and super weapons, you just need to figure out how to dominate the world markets, and be able to hold nations hostage, fearing they aren’t going to have all of that nice stuff they have grown accustomed to. You can easily destroy a culture hundreds of years old, through starvation. Ask the Cubans. How long do you think the Islamic terrorists can survive if suddenly they can no longer buy munitions? Arab countries are not manufacturing centers, they buy weapons and ammunition from China and Russia. The communists sell it to them, just so they can harass the Western world, knowing we are going waste blood and treasure without good results. The westerners continue to go down the bloody path because weapon manufacturers and lobbyist’s make fortunes from warfare. The real tragedy in this whole scenario, is that we sacrifice the lives and limbs of our young men and women.

Another facet of this game is the free movement of foreign nationals. Back in history, the only way you could take over a nation was to invade with ground troops and massive weaponry. Borders were hard and fast, and breaching them was an act of aggression. With free movement of people from foreign nations being able to come and go at will, it is very easy to saturate the population of a given nation with your own citizens, and essentially conquer a nation and never fire a shot. Slowly, without anyone noticing, you can instill your culture with very little difficulty. Keep an eye on Europe as it is transformed from Christian to Islamic, not an army in sight. Europe and Britain handed it to the Muslims on a silver platter. All of those beautiful old Cathedrals will be gone once the transformation is complete. I won’t live long enough to see it, but you can bet the Vatican will fall.

So, while everyone is sitting home, social distancing, and fretting over losing their loved ones, China is crashing our economy. The talking heads are busy trying to get one up on the Prez, The governors are all trying to act like presidents, they are just chasing their tails while the Chinese are watching in glee. I’m afraid the Chinese have outsmarted us all, by playing on our greed and fears. This whole thing is a lot more serious than a few thousand folks falling prey to a virus. China is on the move, pay attention. I don’t think it’s going be easy to take our marbles back without a few punches being thrown. Is the world willing to do that, I’m not sure.

In the meantime, Joe Biden is sitting in his library asking if it’s time for his meds, and the NBA is asking Beijing when they will be able to resume play. God I hate stupidity and greed.