Click on the arrow “Police officer shot during gunfight” and witness first hand what our law enforcement officers deal with far too often today. Twenty years ago these incidents were not commonplace, but something has happened to alter the landscape of law enforcement. I have an opinion as to why this is happening. It all started on a very small scale back in the sixties during the hippie era. The hippies were a free wheeling group of youngsters, the first generation of “the rules don’t apply to me” folks, that wanted to run free, and break every law on the books. Their goals were to trash every social moray possible and throw them in the face of ” the establishment”. Of course the Police stood in the way of most of their antics, and in rebellion nicknamed the Police “pigs”. The less than glamourous moniker stuck like glue.

One of the most famous of these rebellious acts was the shootout between Los Angeles Police and the SLA, of which Patty Hearst was part of. The Los Angeles Police were overwhelmingly victorious, and wiped out the SLA in one fell swoop. You can probably find video of that famous gun battle on YouTube. The results of that gun battle seemed to quell the desire to take on the Police for many years. But now, here we are again. Only this time it’s a little different.

This desire to combat the law clearly has it’s beginnings in leftist ideology. It’s roots can almost always be traced back to the colleges and universities that employ socialist professors. The SLA was comprised of several young men from the Berkley and San Francisco area that were influenced by the guerilla warfare tactics of South American rebels. Their ideology was anti-racism, anti-capitalism. Sounds a little like Antifa, ironically from the very same breeding ground.

This is what’s different today. Back in the sixties and seventies, the police were still widely respected and supported by the Feds as well as State Government. Today, the left openly hates the police, and look upon them as oppressors. The leaders of the left frequently express disdain for the way police conduct their activities. President Obama lamented that he didn’t like the military style weapons and equipment used by the police. Did he imagine them going about their business in shorts and tee shirts, wearing flip flops, carrying billy clubs? You have to wonder what he was thinking.

While we’re on the subject of good ol’ Barrack, he started off his first term in office, by calling out the police for doing their job, by questioning a black college professor while trying to break into his own home. Seems he forgot his house keys. How were the officers supposed to know that? So good ol’ Barrack made a big deal out of it, disparaging the local officers in the process. That was just the beginning. Over the next eight years, he an Eric Holder made it known, that they didn’t trust the police under any circumstances, citing racism, and civility began to slowly crumble. Inner city blacks suddenly felt they were given the green light to raise merry hell, that good ol’ Barrack and Eric had their backs. The end results were disastrous to the inner city folks, because the police simply pulled back and let them “have at it”. Thousands of folks have died needlessly, many of them young children. The whole exercise has proven that strong police presence saves lives and keeps the peace. Somehow the lefties can’t grasp that concept.

The Democrats are screaming their freaking heads off over immigration enforcement by ICE. They want ICE disbanded immediately. They want the Border Patrol to back off and let illegals pour into our country unmitigated. Mexico and Central America has the highest murder rates, and sexual abuse crimes in the world. If you were a criminal from these areas, and you knew you could come to America, and some city ruled by leftist fools would protect you from the law, wouldn’t you rush to fresh hunting grounds? If you don’t believe me look at what is happening in Montgomery county, Maryland. These morons won’t do anything about what is going on. Eight illegals have been arrested for raping underage girls, even crawling through windows and raping them at knife point. The county officials won’t even turn these creeps over to ICE. These people are total and complete idiots. They are allowing innocent people to be preyed on by these low lives, putting the rights of illegals above the safety of American citizens. Mark Elrich, Montgomery County Executive should be fired and stripped of all benefits, and jailed for putting the public in grave danger.

So, let’s recap the issues:

So, what exactly is the end game for the Democrats. The direction they are heading is begging for anarchy. So are the Democrats going to paint a big red D on their foreheads so they won’t be targeted. Why would you intentionally enact policies that would lead to total lawlessness? They are inviting chaos. Criminals don’t give a damn about your political leanings, they just want your stuff. Stock up on ammo, keeps your guns cleaned and ready, you’re probably going to need them soon. Do you think those Guatemalan creeps asked those young ladies what political party their families were before they raped them? Wise up suckers. 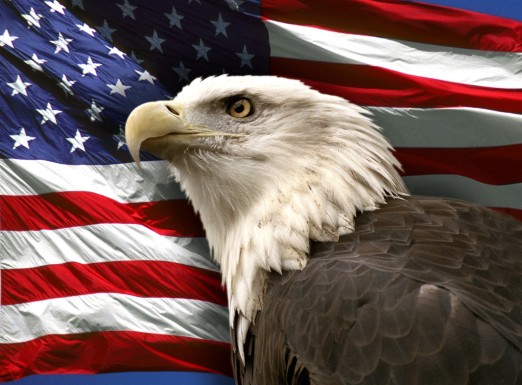 One thought on “HOW DO THE DEMOCRATS THINK THIS IS GOING TO END?”