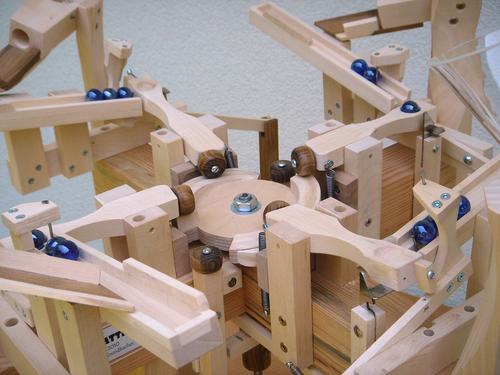 I’m not sure how other people’s thought processes work, but mine must be something like a Rube Goldberg machine with hundreds of parts moving about, and whirling around, because my thought processes cover a multitude of stuff over the course of one waking period. I remember when I was young, I wanted to learn how to do something new, when I became proficient at it, I wanted to learn something else, leaving the old interest behind, occasionally going back to visit just for fun.

I can literally name dozens of things that I have spent time learning how to do, and lost interest, and never went back. A lot of people that know me including my family, would never guess I once played the piano, even played in a recital. Was I good, no, I preferred being outdoors playing with my friends. I hated staying indoors practicing piano, no matter what the weather. Besides, my piano teacher smelled of cheap perfume. Little boys don’t like stinky old ladies. Come to think of it, I still don’t, 70 years later.

Writing a blog is a “natural” for me. One of my biggest interests for my entire life, is observing people and the dumb things they do, and I like to talk. Perfect combination. Which brings up something I read today about an actress, who I never thought much of, Roseanna Arquette. Matter of fact, the entire Arquette family, in my opinion are pretty lousy actors. Roseanna, made the statement that she apologizes for being born white, as if she had any control over that, and that she would never stand and salute the American flag again. Firstly, I don’t know a single soul that gives a rat’s ass, what Roseanna Arquette thinks about anything. She definitely has a very overinflated idea of how important she is. If she were to die tomorrow, it wouldn’t even register on the Richter scale of society. I just made that up, I thought it was kind of clever.

I saw another blurb about Robert De Niro today. This guy was once a highly respected actor, I’ve seen quite a few of this films, really liked the guy. But sadly, he’s allowed Donald J. Trump to take up residence in this head, and he has turned into a wacky old guy, that sounds and looks like an escapee from the local nut farm. Seems Jim Carey has the same disease, but it’s a little harder to pin down the exact date of transition.

I’m sure you remember over the past couple of years, how the PC people were wrapped around the axle over people dressing up at Halloween, in costumes, that depicted other cultures. Their dialog was, as if these party goers, had committed some sort of blasphemous act. Something even more egregious is Cory Booker trying to pass himself off as a black person that grew up in the “hood”. This guy’s parents were IBM executives, he had every advantage ( more than any white guy I know ), grew up in a very affluent community, attended three major universities. That my friend is cultural appropriation at it’s finest. Right behind him is Camila Harris trying to pass herself off as an underprivileged minority. Give me a “freaking” break. She had an affair with the governor of California, Willie Brown, and that was her “Golden Gate”. These people are 100% fake. Tulsi Gabbard has her number.

I have to admit, I’m huge fan of Tucker Carlson. I watch him religiously every evening. Anyone that knows me well, knows better than to call me between 5:00 and 6:00 pm. PDT. I tell everyone I am attending evening church services, with Pastor Carlson. Sean Hannity follows Tucker, and even though Sean has been a bulldog on the Russian conspiracy subject, I’m not a great fan. Yesterday, Sean had Bill DE Blasio on as his guest, what a disappointment that was. After all of the criticism of DE Blasio, I thought Sean would crucify him. Nope, DE Blasio danced around like Ali, and Sean never laid a glove on him. I was in shock.

One final thought. Why is Chris Wray still in charge of the FBI? Does anyone think this guy is any better than Comey, McKay, or the others? He’s just another relic from the Obama hierarchy that needs to be shown the door. Is the FBI ever going to be normal again, if it ever was. Everyone in the DOJ needs to be fired, what a slime pit. You would have never known any of this if Hillary had become the Prez. Ain’t it great? Long live the “Donald”.