I became a teenager in the early 1950’s. Becoming a teenager is probably exactly the same today, it’s like jumping into some kind of exotic pool of dreams and aspirations, you’re right on the brink of becoming an adult, and it’s super exciting. And what makes it more exciting is those incredible sexual feelings going on in your brain. It’s hard to turn your brain off long enough to sleep. Of course one of these many  incredible experiences going on is popular music, you feel like it’s your personal soundtrack, tailor made for your life. When I was becoming a teenager, rock music was just being born. How lucky for me!! Those guys in the picture above, ushered it in with style with the hit song ” Rock Around the Clock”. That song made us crazy, and all we wanted to do was dance.

Holy cow, the music industry exploded with all kinds of really cool performers. Elvis Presley, Carl Perkins, Jerry Lee Lewis, Roy Orbison, Little Richard, James Brown, Chuck Berry, Little Willy John, and more. Who could forget those awesome groups like, The Platters, Ike and Tina Turner, The Four Freshmen, The Kingston Trio. The list just goes on and on. There was nothing like it before or after. It was the birth of Rock.

Another major stroke of luck, Drive In movies were the big thing, and I was getting my first car, a 1946 Ford sedan. This could have been me on any given Saturday night. A lot of steamy windows. Man, what a great time to be a teenager. What made it even more exciting, along with the really cool music, Hollywood was pumping out movies about teenage life, you felt like you were in every movie, especially “Rebel Without a Cause”. I had my James Dean signature jacket with the upturned collar, and well oiled ” duck tail ” hair style. Levi’s worn low on my hips and a whole closet of white t shirts. Of course I smoked the signature ” Luckies “, kept ’em rolled up in my t shirt sleeve. That was my “greaser” I.D. Every day was style day. Everything was about style, the way you dressed, the way you walked with a swagger, the way you held your cigarette, even the way you exhaled the smoke. Everything had to be done exactly according to code if you wanted to be cool, and I knew the code. 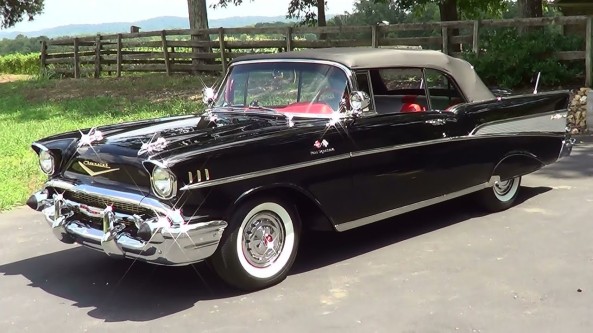 Man, the cars were crazy cool. They just kept getting faster and better looking every year. Back then, Detroit was pumping out new body styles every couple of years, bigger engines, more chrome, and we couldn’t wait to see what was coming next. September was a big deal, when we got to see the new models and drool. But, I was a poor boy from the working side of town, I couldn’t afford that new iron. I had to make my 1950 Ford two door look cool, you wouldn’t be caught dead an a stocker. My ’50 was lowered, lake pipes, aluminum racing discs, twin pipes, and the mandatory Hot Rod Club plaque swinging from the rear bumper. I’m gonna let you in on a secret. People hang those fuzzy dice on the rear view mirror thinking that’s what was cool. No baby, what was cool was a shrunken head that looked just like the real deal, long black hair and stitched up mouth. That was cool. Go try and find one of those today. 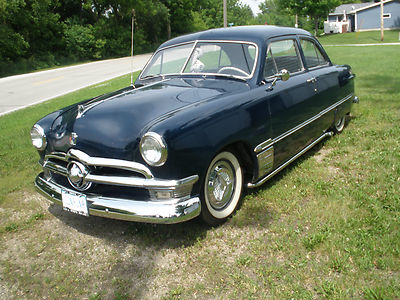 THIS WAS MY HIGH SCHOOL RIDE

Like all good things, they don’t  go on forever. That fateful day arrives when you leave school and have to join the work force and become a card carrying adult. But what matters, is even though you became a responsible adult, you don’t have to give up being cool. However, it’s recommended you give up the crazy stuff. Leave that for the next generation. But you always have one consolation, if you grew up in the fifties, ain’t nobody gonna be as cool as you were…. ever. That’s the truth.