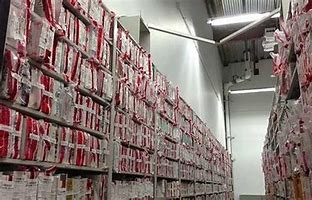 This is a topic that I came across purely by accident. I didn’t know such a thing existed. The more research I did on it, I found out that this problem has been going on for years. I am going to lay out some facts that will boggle your mind. I can’t remember hearing a news report about this, ever. I heard a conservative talk show host mention it briefly a week or so ago, and being a father, grandfather, and great grandfather of young women I wanted to know more about it. After you read this, it won’t surprise you why a lot of rapes go unreported.

To start with, if a woman is sexually assaulted and wants to report it to the authorities she is facing a considerable medical expense. Victims of other violent crimes are not required to pay medical expenses for injuries suffered at the hands of the assailant. Unfortunately, rape victims with private insurance are looking at paying an average of $950.00 or about 14% of the total cost of medical services. On the average, insurance providers pay about $5,789.00 to care for a rape victim. These costs don’t include mental health services that many of these women will desperately need.

For a woman willing to go through reporting the rape, and spend the money for the rape kit and exam, you have to believe she is dead serious about bringing this guy to justice. Unfortunately she may not live long enough to see that happen. Some of these rape kits have been awaiting process for 20 years or more.

The total number of untested rape kits sitting in police facilities across the US exceeds 200,000. These cities simply never took this seriously enough to develop a system to track and process them in a timely manner. Right here in my backyard, the city of Portland, Oregon in May of 2015, had only tested 39% of rape kits collected since 1985. They had over 1700 untested kits in inventory at that time. Imagine being a rape victim in 1985 and your evidence sat on a shelf for 40 years, nobody was remotely interested in looking at it. I’m sure some of these women went to their graves during that 40 year period. I can hear some knucklehead politician make the excuse they couldn’t afford the $1,700,000.00 to process the kits, but they had plenty of money to spend on homeless people and building bicycle lanes all over the city. The real truth is, that finding the rapists are way, way down the list of priorities. They’re pretty much saying, “just get over it girls”.

So, the next time you hear a politician tell you how much they care about the needs of women, you would be wise to mark that down as political B.S. and classify that person as a liar. However, there is some very good news. Mariska Hargitay, star of the hit series Law and Order, Special Victims Unit, has formed a foundation called Joyful Hearts. She is doing fabulous work for rape victims all across the United States. You can learn more about her organization by going to www.joyfulheartfoundation.org. The web page has a slight tinge of politics, but I’m willing to overlook that for the work they are doing. They have forced some states including my home state of Oregon, to end the backlog of untested rape kits, but as I said above, there are still over 200,000 untested kits nationwide. That’s not right. 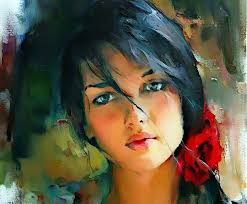 SUPPORT THE EFFORT TO END THE BACKLOG, OUR WOMEN DESERVE BETTER.