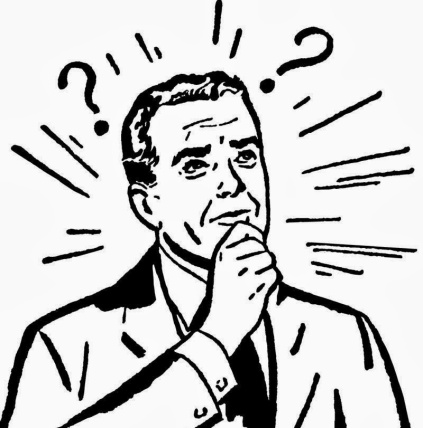 I have been on this planet for a very long time now, and as I have mentioned before in my blog, I don’t remember such civil discord in my lifetime. The question in my mind as well as a lot of other people’s minds, is how did we get here? Let me start by saying, I am not by any means or degree a social scientist, never even attended a lecture on sociology. However, I have been observing the actions of my fellow Americans for well over seventy years. So, I think I know a little bit about life and people. We are all individuals and we are all different in one way or another. We have our own individual ideas about how things should be, and we obviously don’t always agree with our neighbors.

Prior to the internet and social media, we were very limited as ordinary citizens in our ability to communicate with more than a few friends and neighbors. Our largest social interaction was likely in a religious or educational institution. Unless you were a well known writer, with a publication of some sort, your ideas were pretty much going to stay local. Almost 100% of the publications of this time were filtered through editors that were steeped in civility which was common for the time. Society in general was steeped in civility and if movies or publications got out of line, the general public was quick to call them out for their misdeeds.

It seems like out of nowhere, people were tired of being civil. They were tired of being told how to act and think. I remember when the Los Angeles Free Press started appearing, people were shocked and couldn’t believe what they were reading and seeing. Civility was starting to unravel, and it has continued to unravel for the last sixty years until we find ourselves at this point. It is my belief that social media accelerated the demise of civility, because if gave people the ability to broadcast their hate and bitterness in a manner that only major media networks were able to do a few years prior. Now suddenly, every nut cake, or group of nut cakes, in the world has a media platform from which to broadcast their insanity.

Back in the sixties there was a group of folk singers known as the Kingston Trio. One of their songs addressed the world situation. The words went something like this; ” They’re rioting in Africa, They’re starving in Spain, There’s hurricanes in Florida and Texas needs rain. The whole world is festering with unhappy souls, The French hate the Germans, the Germans hate the Poles. Italians hate Yugoslavs, South Africans hate the Dutch, and I don’t like anybody very much. I can tell with certainty that the list has gotten much longer since. Americans have divided themselves into groups that literally would love to wipe each other out. The gays hate the straights and vice versa, the blacks have now openly admitted they hate the whites, Lefties hate almost everyone for one reason or another, especially Donald Trump and his supporters. Antifa hates America in general, Lefties hate the cops. Conservatives hate the Lefties. A huge number of college professors hate America and want to turn it into a Socialist Cesspool, and are influencing a large number of young Americans to think in a like manner. Democrats hate gun owners and the NRA, as well as Christians and Chick-fil-A. Muslims hate anyone that ain’t a Muslim. PETA hates all carnivores no matter what race, creed or religion. Green Peace hates everybody that even looks at the ocean or a tree. Bicyclists hate motorists and vice versa. Portland hates cars. Whoopi Goldberg hates Janine Pirro. Hollywood hates conservatives.

Sadly what we have now, is a literally dozens of camps that all hate each other. Has the United States become a real life Humpty Dumpty that has fallen off the wall? I’m not really sure we can put all of these people back together again. It’s a sad day when you can lose your life simply for wearing a jersey from your favorite sport team, or a tee shirt for your favorite political candidate. Satan is alive and well, and is sewing seeds of hate in every corner of this world. Rebuke Satan, and get hate out of your life. I’m not saying it’s going to be easy, but at least we can start being honest about who we are and try to be better human beings.

3 thoughts on “What is Happening to Our Society”