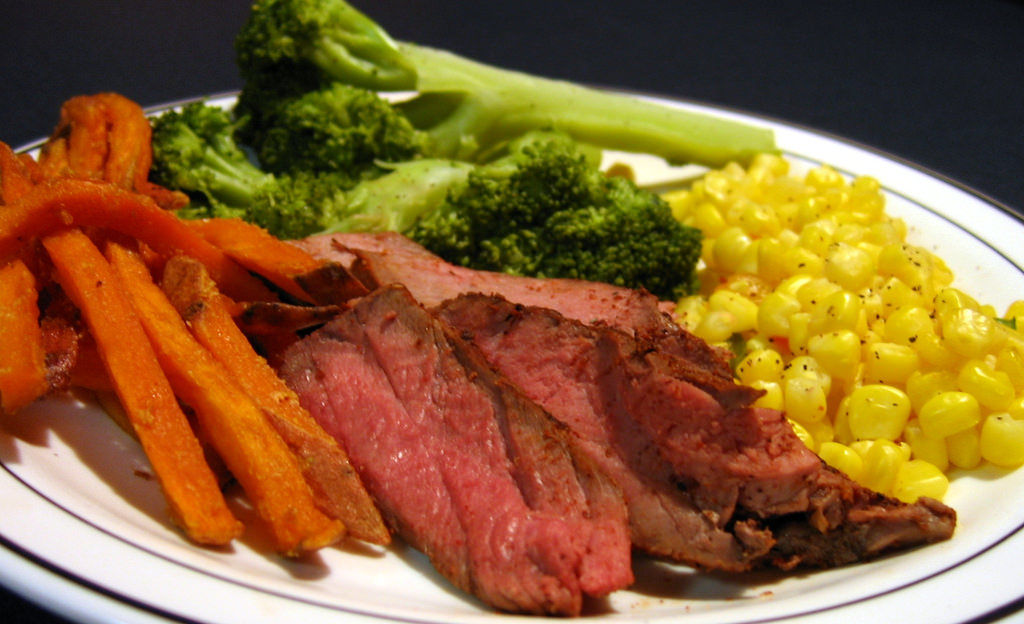 Now, I’m a fair and balanced person. I really love veggies, but if you don’t have a nice cut of meat to go with them, they just aren’t that appetizing. For instance, take corn on the cob, it’s pretty awesome, but it’s one hell of a lot better with a big piece of BBQ beef to go with it. Of course you have to have baked beans with bacon as well to round it off.  Just thinking about this is making my mouth water for a rack of St. Louis ribs. But to keep this balanced, ribs ain’t ribs without a great big Idaho spud all slathered in butter and sour cream. Yummmm!

This is how I eat. This has been my diet for almost 80 years, and I really like it. In my opinion, most people eat this way because it’s natural. In my opinion, man is at the top of the food chain and animals were put here for man’s consumption. Just like antelopes provide food for lions. Just like big fish eat little fish. Just like big birds eat little birds. Polar bears eat tasty seals. Boys and Girls, it’s just the way life is, and I’m happy to participate. By the way, when you see a lion take down a gazelle, it’s pretty gruesome. The lion doesn’t have a choice, he’s hungry and he can’t fire a gun.

Now, if you don’t like to eat animals, or products from animals, I respect that. I think you’re weird as hell, but I respect your ideas and choices. Now, in return, respect my ideas and choices and shut the hell up and quit trying to make everyone convert to your stupid way of life. Don’t say it isn’t weird, because you happen to be a very small minority of folks that subscribe to your beliefs. I personally don’t care what you eat, or what you wear, or what your sexual preferences are. I really don’t care what you do as long as it doesn’t impact one single moment of my life. I’m a bad tempered old man, and old men can be damn dangerous.

By the way, I really love animals. I prefer my dog over a lot of people that I meet. He has better manners than a lot of people, and a better attitude. Cats are definitely cool. If your going to be friends with a cat, your going to have to prove your worthy. However, animals are not people. We are the stewards of the earth. Animals are not now, and never will be on the same level as man. We need to take care of our furry friends, but if you put animals before people, you have a screw loose. People that try to elevate animals to have rights and privileges, have a hidden agenda. They want to impose their strange beliefs on everyone else. It’s really simple, if you don’t like meat, don’t eat it.