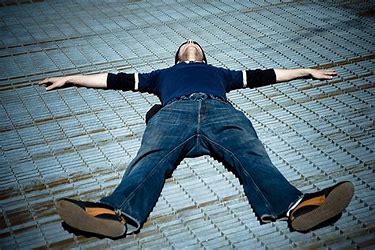 Wow, these elections just keep getting more intense. I remember back in the day, everyone just kind of took them in stride and were relieved when they were over. Now the losers wanna go out and kill the victors. Literally. I’m beginning to feel a bit like I’m living in some sort of fictional novel with a bad ending. Almost out of nowhere, we have  mobs of maniacs showing up on the doorsteps of politicians and talk show hosts threatening violence if they don’t step aside or shut up. Chasing people out of movie theaters and restaurants. They are calling themselves anti fascists. Now there’s an oxymoron if I ever saw one. Now that the Democrats have taken control of the House of Representatives, buckle up, because we have a President that loves a good fight. The next two years will be even more entertaining than the last two.

The first shot across the bow of the Democrat ship of fools, was the firing of Jeff Sessions. Make no mistake, President Trump is putting on his battle armor, getting his Department of Justice ready to take on the rabid Democrats, that want to rip him apart. He has very quietly been beefing up the White House legal team with some very heavy hitters. Jeff seemed like a nice guy, but DC ain’t no place for nice guys. Any time that many lawyers inhabit a relatively small piece of real estate, it becomes a virtual snake pit. Jeff needs to retreat to his southern roots, lean back on his veranda and smell the magnolias.

Donald Trump has proven to be a remarkable politician. He seems to have an uncanny ability to out fox the other side. He out maneuvered all 16 of his Republican opponents in the primaries. Out maneuvered the Clinton machine and the media in the general election, and that my friends was a very big deal. He has dismantled the deep state circle of slime balls that tried to frame him. John Brennan, James Clapper and James Comey have all been disgraced. He has stripped all of these bozos of their security clearances, including Hillary. All of this while tirelessly campaigning for the Republican party and pulling off a remarkable victory. He is only the third President in 100 years to gain seats in the senate while losing the control of the house in a mid term election.

It is abundantly clear if you are paying attention, that Donald Trump takes his job verrry seriously. He is the hardest working President I have seen in my life time. He is also the most transparent. He openly shares his daily activities and his thoughts with the American people every single day through his tweets. I don’t personally mind his brash attitude, I have spent my life as an iron worker which means I have worked with guys like him my whole life. I would trust the guys I worked with in the construction trades long before a politician. He speaks my language, and his motives are easily understood. It’s also very clear that he loves America and the American people.

Now it’s time for my confession. I was not a Trump fan during the primaries. My pick would have been Marco Rubio. I still like Marco, I think he is a good and honorable man. But we didn’t need Marco, we needed Donald Trump. We needed a street fighter to take on the dirty underhanded political antics of the Democrats and the pinko press. We finally have a President that will stand up for the common people, and understands how deeply we love the USA and how badly we want it restored to it’s former glory, as the defender of Freedom. God Bless America.