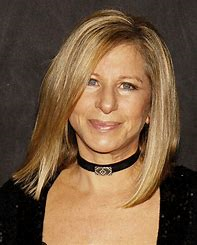 Recently the “Funny Girl” who by the way, is far from funny in these later years, said she is once again considering moving to Canada if the Dems don’t regain power. When I read that, my brain immediately asked, why Canada? Why not Mexico, or Guatemala, or maybe Venezuela?

I’m thinking Barbra, and the other Hollywood darlings who have said this in the past, want to be with people that look like them, and speak English. They want to be in a country that looks like the United States and pretty much consumes the same products. The bonus of course, is that Canadians for the most part are left leaning socialists.

This is pretty much a dead giveaway for their internal thought processes, regardless of what they espouse in public. Obviously they don’t want to live with the people south of the border, but they are happy to hire them to do their yard work, house work, and any number of other less than pleasant tasks. I have never heard any of them express a desire to move to Haiti either. Haiti is a very impoverished nation. If enough big Hollywood celebrities moved to Haiti perhaps all of their wealth could make for some positive changes.

The real truth is, that these mental giants that make such statements, are what I call “Sunshine Americans”. Also known as political cry babies. As long as everything is going their way it’s cool. But the minute someone challenges the status quo ( read Donald Trump ) the first thing that comes out of their mouths is ” we’re outta here” like it’s some kind of threat that is supposed to terrify people. If every single Hollywood make believe person moved out of the country tomorrow, it would definitely help make America Great Again. And, I would hope Jim Carey would be at the head of the line.

My bottom line message to Hollywood celebrities, if you want to leave, don’t let the door hit you in your ass on your way out.

One last thought; do you think maybe Grandma Kardashian had a sit down meeting with Ye and told him he needs to get back in line? Sounds like he is toning down his rhetoric over the past week or so. I’m thinking big Mama Kardashian ain’t happy about his White House antics. Just sayin’.