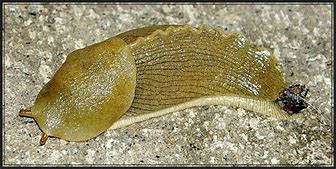 It’s hard to imagine anything more disgusting, than a moist, slimy, destructive slug. But I’m pretty sure that Democrats have now surpassed slugs. Everywhere they go they leave a trail of slime. In their opposition to Brett Kavanaugh, they have demonstrated once again, their ability to transform themselves into sub human beings.

I find it unimaginable, living in a world where you are presumed guilty, until proven innocent. This is what the Democrats are now calling for. They are so terrified that Kavanaugh will be instrumental in reversing Roe vs. Wade, that they are willing to cast aside our Constitutional protection against such practices in order to preserve the right to abortionists. I spoke about this in my last blog, and I am now convinced more than ever that abortionists have now become a religious cult, willing to throw everything away to preserve the right to take the lives of innocent children in the womb.

Since Donald Trump became the 45th President of the United States, the left has literally spun itself into a frenzy of insanity. Had I not experienced it first hand, I would never have believed it possible. If they are not demonstrating in the streets, destroying property and creating mayhem, they are practicing what they call resistance, at every level of government. The main stream media is more than happy to perpetuate the lies and rumors generated almost hourly, every single day, fanning the flames of discord.

In my opinion, the Democratic Party is no longer interested in preserving the Constitution, or the Republic. They see themselves as the new creators of law and disorder. Al Gore once said that he believed the Constitution was a living document. In other words it should be changed to fit whatever they wanted it to be, according to the latest whims. Al Gore and those like him are idiots. It’s obvious lately, that the Democrats have moved so far left, that they are actually embracing socialism. It is time for all Americans that believe in the rule of law, justice, and the American way of life to  rebuke the ideas of the left and push them back into obscurity.

There is no place in this great nation for a political party that espouses lies, violence and hatred for people simply because they disagree with them. The Democratic Party is out of control, and slowly evolving into a party of fascists, willing to go to any extreme to silence it’s opponents. Our colleges and universities are at the heart of the political decay. The rejection of the Christian religion also plays a large part in the political decay. The first thing that all communist dictatorships strive to do is eliminate churches of all kinds. Islam does not allow any other religion to exist within it’s jurisdiction. It’s called total dominance. That my friend, is the dream of the Democratic Party. If you don’t agree with them, they don’t want a debate, they want to silence you, period!

Of course you would have never known if I hadn’t told you, but I waited two days to finish this blog so that I could comment on the Kavanaugh/Ford hearing held today. What I saw was a woman who is obviously a troubled person, that lives a troubled life, that was used and abused by the Senate Democrats. Her wishes were, that she remain unnamed, and was not interested in being thrust into the public arena. In these types of confirmations, that is done on a regular basis. All parties are interviewed in private and the Senate panel comes to a conclusion regarding the testimony. That was not what the Dems wanted, they wanted a public spectacle. So, they conveniently leaked her identity. Once everyone knew who she was, the feeding frenzy began. They got the results they wanted. This proves once again that Democrats are among the most despicable, dishonest people on this planet. They will sell their souls, and destroy anyone for the acquisition of power.

What they didn’t expect, was a man on fire, ready to go down fighting to save his reputation and the honor of his name and family. Ms. Ford’s failure to produce a single scintilla of evidence supporting her claim, and her friends denying that it ever happened was a giant failure for the Dems. In contrast, Brett Kavanaugh was able to produce a diary and calendars proving he knew exactly where he was and what he was doing during this time period. Once again, this proves, that Democrats are willing to go lower and lower, without shame or conscience, to destroy anyone they deem as a threat to their quest for power.

3 thoughts on “A NEW LOW, EVEN FOR DEMOCRATS!”