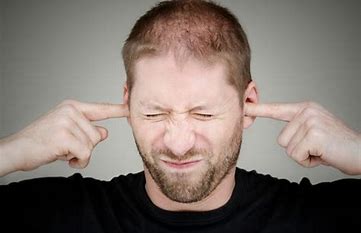 I’ve backed away from writing for awhile, and sat back and observed the nonsense being generated by the lefties. They started this craziness over three years ago, screaming Russia, and collusion, and everything else they could possibly conjure up. That fell flatter than Paul Manafort’s portfolio. Then they tried impeachment, which was another huge debacle, which confirmed that Nancy Pelosi and Joe Biden are now sharing the same rung on the ladder, which only has one rung. Now they’re circling around like vultures looking desperately for another reason to take another run at taking down Donald Trump. The problem is pretty obvious now, that the Dems are looking like total idiots and Trump’s approval ratings, like his rally’s, keep getting larger.

Now, we have the incredible gang of nitwits on the Democrat debate stage. I have been looking for something to compare them to, but I keep coming up empty handed.

THIS KINDA LOOKS LIKE MY IMPRESSION OF THE DEMOCRAT HOPEFULS

The Democrats are in a panic, terrified that Bernie Sanders is going to win the nomination. Bernie Sanders is a certified nut, when I watch this man speak, I can’t for the life of me, see how anyone could take him seriously. Not only does he come across as a crazy old curmudgeon, he is seriously pushing socialism on the scale of the Soviets. In just the past few days, he has been praising the programs of Fidel Castro. He is lauding his universal medical care, and literacy programs. So let’s give Bernie one for the literacy thing, but I haven’t heard a single case of anyone traveling to Cuba to have a highly technical medical procedure. Then there’s that pesky property confiscation, and life long prison terms, for political opponents thing. I seriously doubt that anyone knows the number of people that were just plain executed, because they were on the wrong side of argument. I have heard a few reports over the past few days of some very disturbing viewpoints on sexual behavior, held by good old Bernie, that he actually published. This man is very dangerous, and the Democrats know it.

This is the most disturbing part of this, the Democrats can’t come up with a candidate that can out perform the old crazy guy. They’re all putting forth ideas that are not very far removed from Bernie’s, so in reality, they all look like a throng of asylum escapees. Recent polling clearly show the vast majority of Americans don’t want anything to do with this stuff. The Democrat candidates literally look like a bunch of lemmings going over a cliff.

In my opinion, the Democrats are running the risk ( they may already be there ) of becoming “white noise” that no one pays any attention to, just background noise like the drone of machinery in a factory. I try to put my party affiliation aside, and watch the Democrats on the debate stage, and judge them fairly. Again and again, I just can’t imagine any of these fools being able to make that giant step up to being the leader of the free world. Maybe the manager of the paint department at your local Walmart, maybe.